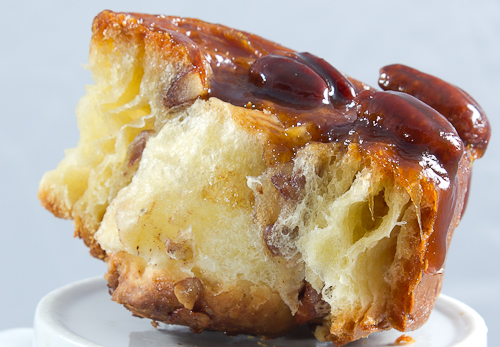 We’ve served sticky buns to guests on occasion, but we never felt that they were as good as some of our other fresh baking.  Our muffins are always a huge hit, especially in the spring with fresh rhubarb from the Farmers’ Market; Chocolate-Chip Banana Bread disappears; homemade croissants leave nothing but flakey crumbs in the basket once guests finish with them.  But our couple of attempts at sticky buns, back in 2013, were just so-so.  No complaints, but no raves either, and so we dropped them from the menu rotation.

We continued to believe that sticky buns are a cravable item, and so we decided to take advantage of some dreary winter days to do some “Research and Development” for the 2016 season.  We knew we wanted to start with a brioche-based dough.  Brioche is a classic French bread, enriched with butter and eggs.  Its richness and texture – fluffy and light – is the perfect starting point for sticky buns.

[Tangent: Brioche is actually the French word, usually translated as “cake,” in the famous quotation, “Let them eat cake” - Qu'ils mangent de la brioche.  See the Wikipedia link for some more interesting trivia about this provocative statement, including its incorrect, but common, attribution to Marie Antoinette.]

After combing through a lot of different options with which to experiment, we settled on two high potential options.  The first is from Joanne Chan’s cookbook, Flour, from the bakery of the same name in Boston.  It is a lovely book, and the author has an interesting background, transitioning from a degree in Applied Mathematics and Economics at Harvard, to owning and operating a bakery.  Sounds vaguely familiar!  She also beat Bobby Flay with her sticky bun recipe on an episode of Food Network’s Throwdown.

The second candidate was our sentimental option, from Baking with Julia.  From the late 1990s PBS series, and the companion cookbook, it was fun and nostalgic to review this approach.  On this episode, Julia Child’s guest was Nancy Silverton, whose own books, Breads of La Brea Bakery, Pastries from the La Brea Bakery, and much more recently, Mozza, are all excellent in their own right.

Interestingly, both recipes use almost exactly the same ingredients, with a couple of variations.  This, along with significantly different techniques, lead to a startling different outcome.

Flour, eggs, yeast, sugar, milk and a bit of salt are mixed until a shaggy dough forms. 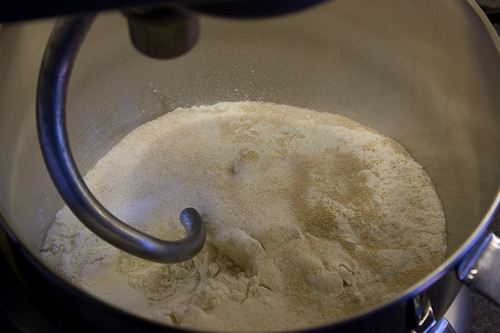 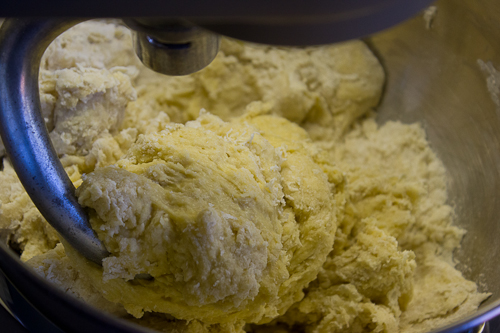 Then, softened butter (don’t ask how much!) is gradually kneaded in, a tablespoon at a time. 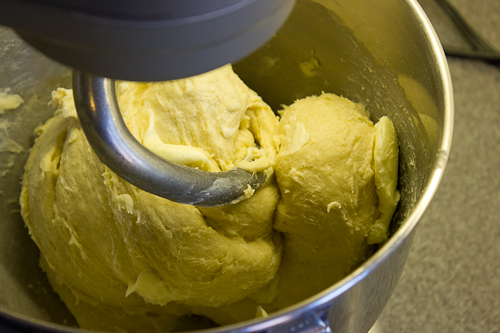 A very long mixing follows – 15 minutes.  At the end of this marathon, the dough has morphed from something inconsistent and almost blotchy, to something silky smooth, soft, and a little warm to the touch. 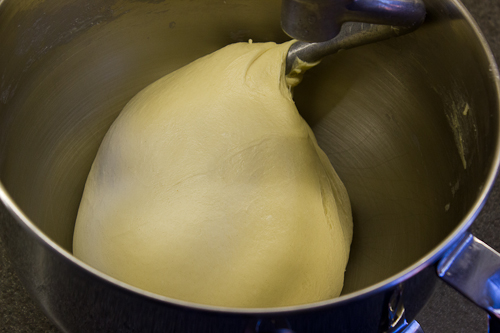 Off it goes to the refrigerator for the yeast to slowly work its magic. 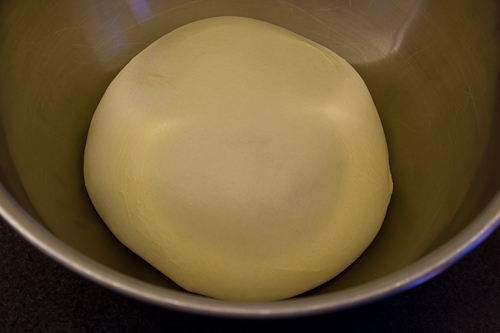 Sticky buns are usually “upside-down” cakes in that the gooey topping is baked on the bottom, and then the buns inverted for serving.  So it is in the Flour version, where an indulgent bath of butter, brown sugar, honey and whole pecans. 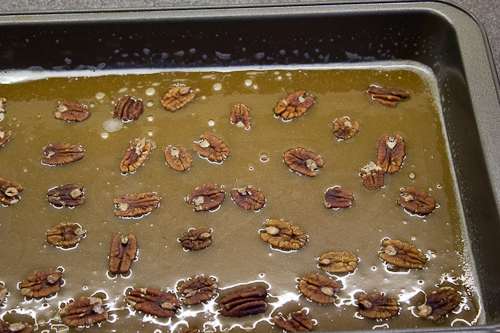 The next day, the dough is rolled out, sprinkled with cinnamon-sugar and chopped pecans. 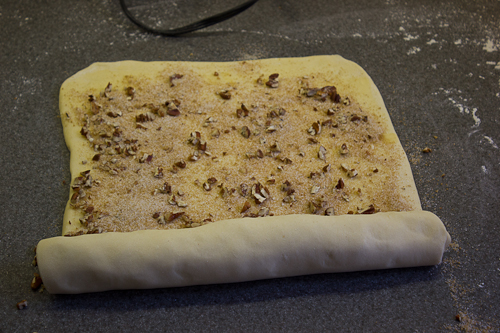 Rolled up, and sliced into buns. 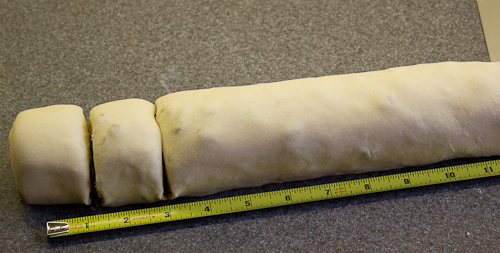 Which then get placed on what will become the sticky topping. 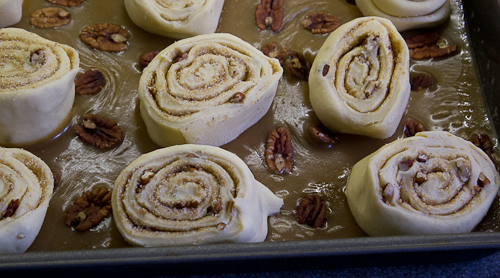 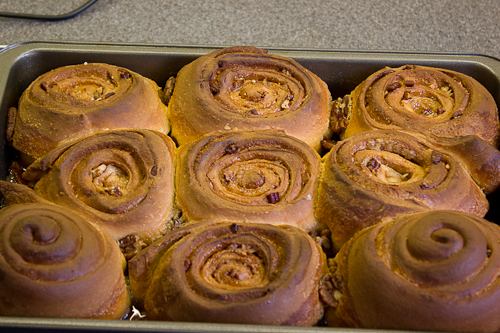 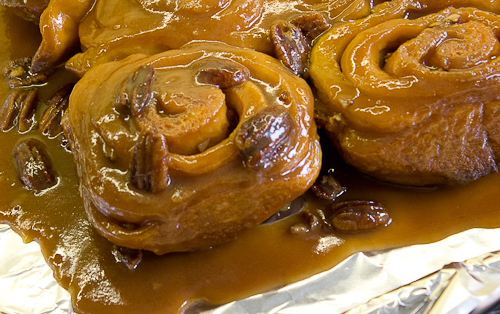 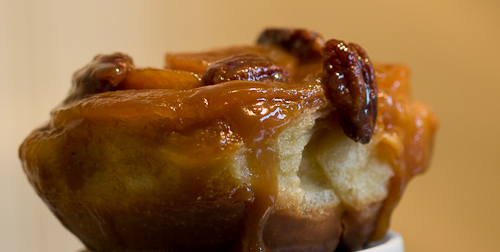 The dough starts out the same way, with similar ingredients – flour, yeast, milk, eggs, butter.  However, the really interesting twist here is that this basic brioche dough is then further enriched, much like a croissant dough, through the “laminating” process – folding and rolling butter into the dough so that many, many thin layers.  No pictures of this stage, as we’ve shown this approach previously here and here. 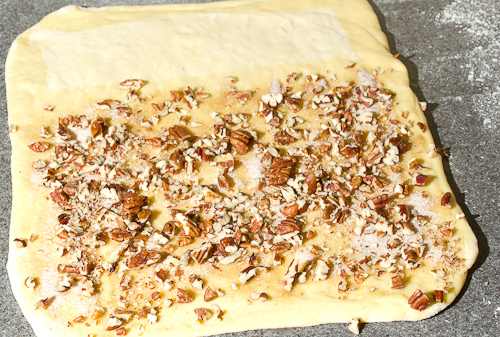 Key difference: the pan is coated with a thick layer of butter and brown sugar, versus the more caramel-sauce approach in Flour. 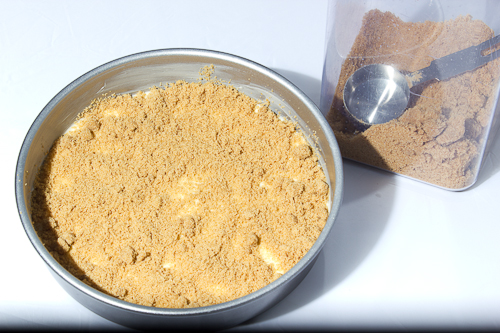 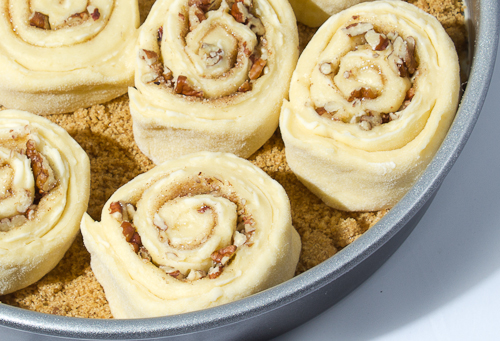 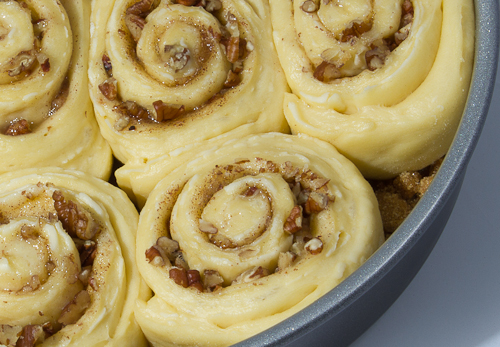 After baking and inverting. 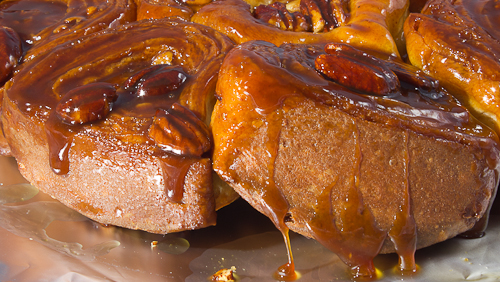 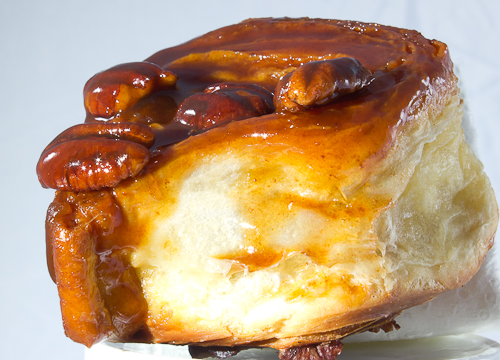 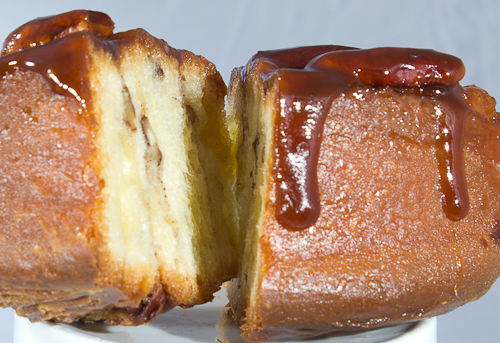 First and foremost, these are both AWESOME sticky buns!  We shared them (well, most of them) with friends in town, including J&S, the previous owners of Avery House, our contractor (while he was on break from finishing up our renovations this winter) and a couple of other keen palettes.  Huge hits with everyone.

As noted at the outset, what is really interesting is how different these two recipes turned out.  We could identify two key differences, that although seemed small, resulted in very different outcomes.

We’re going to make a few more tweaks to create something of a hybrid between the two.  Both create excellent end products, and we think a compromise between the two will be best yet.  Sticky Buns will definitely be on the breakfast table, once in a while, during 2016.

Let us know what you think!

Love being one of your taste testers. Your guests are going to love these sticky buns this year. I want to come and book a room just so I can wake up to coffee and a cinnamon roll or two. Judy